“Music is my life” – it is a common quote spewed forth when a musician or want-to-be musician is asked why they enjoy a career in music. Many people may find it quite cliché, but the truth is that music is the core of most people’s being. By being in a band, you will connect with that element and will find it an emotional release similar to no other form of therapy.

Playing music is a means of transporting yourself to another world placing your heart and mind in an area you did not know existed. Sure, this sounds like you are on drugs or something and yes playing music can be similar to the ‘high’; however, it is not life-threatening and does not result in any physical problems.

In addition to connecting with your soul, when playing a gig with your band, you will connect with an audience. The feeling of a connection with the audience is as enthralling as watching Luke Cage for the first time – speaking as a Marvel fan. Having people cheer you on while you perform songs you love amazing and it prompts you to go beyond any limitations you may have placed on yourself. A receptive audience is a drug without the horrible side-effects.

As a musician, you will meet new people on a regular basis ranging from band mates and promoters to people in the audience. During the early days, and possibly as an experienced band, you will have the opportunity to speak with people from diverse backgrounds when on tour or gigging in new areas. Music can unite people of all backgrounds and friends can be made in all locations of all ethnicities.

Being part of a band requires involves more than just playing music, it requires administrative work to promote the band and prompt a career. As a band member, you will be required to deal with venue promoters, booking agents, and other bands when organizing gigs. You will need to do research into events around the area and discuss logistics with venue managers when heading to new venues. A band is more than a music group; it is a company that requires management for success.

Marketing skills are important to promote the band and gain popularity in the music scene. You will be required to develop a band logo, promote the logo on different websites and in venues, promote your band via word-of-mouth, and spread the word about your music. Successful marketing can be difficult, but it can also be fun and will result in gigs if you keep at it. Learning marketing skills is beneficial as it can help you in later life to promote businesses.

Needless to say, musicians have sex appeal. While this may not be one of the best reasons to become a musician, the increased sex appeal can be a benefit if you are trying to attract the opposite sex. Think about it; Mick Jagger is not the most attractive person; however, he has enough appeal to being the lead vocalist of The Rolling Stones to have married model Jerry Hall and inspired a song with “moves like Jagger.” 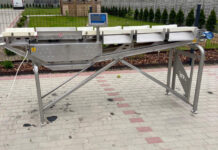 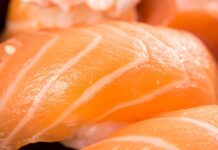 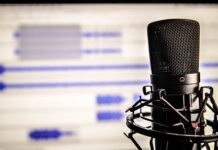 Docker (software) – what is it?

WHY ARE BED FRAMES SO EXPENSIVE FOR MUSICIANS?

How to make friends

How to get a flat stomach

HOW TO BECOME A FAMOUS BAND USING CHICAGO SEO COMPANY